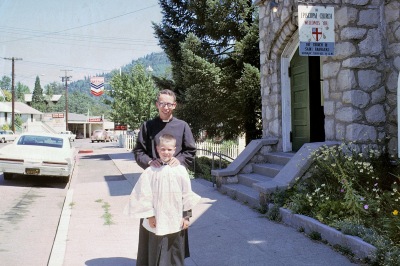 3 Now the boy Samuel was ministering to the Lord under Eli. The word of the Lord was rare in those days; visions were not widespread.

10 Now the Lord came and stood there, calling as before, “Samuel! Samuel!” And Samuel said, “Speak, for your servant is listening.”

Bob Cornwall is a Disciples of Christ pastor, church historian, and author. He currently serves as Pastor of Central Woodward Christian Church (Disciples of Christ) of Troy, Michigan. He holds a Ph.D. in Historical Theology from Fuller Theological Seminary, along with an M.Div. from Fuller and a B.S. degree from Northwest Christian University in Eugene, OR. Bob has authored several books, as well as numerous articles and book reviews. He currently edits Sharing the Practice (Academy of Parish Clergy) and among the books already published, he has a number of books that have appeared with Energion Publications — Marriage in Interesting Times: A Participatory Study Guide, Unfettered Spirit: Spiritual Gifts for a New Great Awakening, Worshiping with Charles Darwin, Ultimate Allegiance: The Subversive Nature of the Lord’s Prayer and Ephesians: A Participatory Study Guide, and Faith in the Public Square (2012). He’s also the author of Freedom in Covenant (Wipf and Stock, 2015). For more on my books, see my Amazon Author Page: amazon.com/author/robertcornwall.

One thought on “A Prophetic Calling — Reflection on 1 Samuel 3”