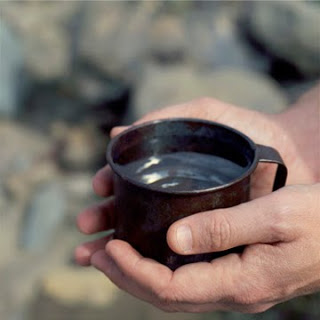 When I was a child, I loved fairy tales.  One that held my attention was the Ant and the Grasshopper.  The Ant was a hard worker and he made sure that when the weather was still good, to store up food for the coming winter.  The Grasshopper was kind of lazy and would much rather play than prepare for winter.  Most of us know how this ends.  When the snow comes, the Ant is warm and cozy, with a kitchen filled with food, while the Grasshopper was literally left out in the cold.

In today’s text, the Israelites are free from Egyptian oppression, but they are not happy.  They are thirsty and hungry.  God is able to provide but it is with a provision to not prepare for lean times.  What does it mean to trust that what God gives is enough?

Let’s look at the Israelites and the sending of quail and manna.

3 The Israelites said to them, “Oh, how we wish that the Lord had just put us to death while we were still in the land of Egypt. There we could sit by the pots cooking meat and eat our fill of bread. Instead, you’ve brought us out into this desert to starve this whole assembly to death.” (Exodus 16:3)

A little background here.  Last week, God meets Moses at the burning bush.  After this, there was the showdown between Moses and Pharaoh with the ten plagues culminating in the Passover.  Pharaoh finally lets the Israelites go, but after a while Pharaoh changes his minds and sends his army after the Israelites. The newly freed are at the Red Sea (or Reed Sea) worried about the advancing army.  God parts the sea and they cross to the other side, while destroying Pharaoh and his army.

It’s important to note that when a challenge is faced and passed, there is a temptation to think that things will be easy for that point onward. When God defeats the Egyptians, there might have been a temptation that there would be no more challenges facing them.  But as we all know, life usually gives us more challenges not less.

The Israelites have been in traveling now for about a month and they begin complaining.  In chapter 15, they complain of thirst and God through Moses is able to find water that they can drink.

22 Then Moses had Israel leave the Reed Sea[c] and go out into the Shur desert. They traveled for three days in the desert and found no water. 23 When they came to Marah, they couldn’t drink Marah’s water because it was bitter. That’s why it was called Marah.[d] 24 The people complained against Moses, “What will we drink?”25 Moses cried out to the Lord, and the Lord pointed out a tree to him. He threw it into the water, and the water became sweet. (Exodus 15:22-25)

Now we come to the main text. At some point, they start to complain about food. They have been out in the wilderness for a month and they are free from slavery.  When they become hungry, the complaint is shocking: “Oh, how we wish that the Lord had just put us to death while we were still in the land of Egypt. There we could sit by the pots cooking meat and eat our fill of bread. Instead, you’ve brought us out into this desert to starve this whole assembly to death.” (Exodus 16:3) The past has already become nostalgic and the Israelites are remembering just the “good” parts and not the bad parts.

They are specific instructions with the food.  They are to gather enough food for their family each day and they are allowed to gather twice as much on Friday to have enough food for the Sabbath.  Moses warned the people to not gather more than was needed, but some of the Israelites did try to gather more than what was needed for their daily sustanence. But when that happened, the manna would spoil.  Again a stark reminder that they were to trust God for their daily bread and not themselves. e covenant, but he wasn’t as committed to it in the way his grandfather Abraham did. This was a guy that wanted to go hunting, not sit and understand this relationship with God.

A quick note about manna.  In Hebrew manna means “what is it?”  Is was a flaky and granular substance that could be milled into bread.

The Israelites were fed with manna throughout their 40 year journey.  When they eat the first produce grown in the Promised Land of Cannan, the mana stopped. God supplied the manna only when it was needed.

It is human nature to prepare for things to not have to worry about the need for something when it is too late.  If you were traveling through the desert, you wouldn’t go without any water and a full tank of gas.  It is easy to look at the Israelites as they try to gather as much manna as possible as foolish.  But think about it: you are in the desert where water and food are scarce.  It is hard to trust in God when your senses tell you there is nothing there to help you- except their trust from God.

What does this mean in our everyday lives?  Should we not worry about where food will come from or how we will take care of ourselves in our retirement?  In the field of economics, there is a concept called scarcity.  Scarcity is about limitations, meaning that there are limited resources available to meet unlimited wants.  This means find ways to best allocated these limited resources.  Some theologians tend to dismiss the concept of scarcity, believing that God provides abundance.

In his provocative contribution, “The Truth of Abundance: Relearning Dayenu,” Walter Brueggemann takes on the “myth of scarcity” that one sees in the greed and the hoarding practices of the imperial policies of the Pharaoh of Egypt that is reminiscent of the economic monopoly of contemporary superpowers that one is seeing play out in, for example, “greedy CEO salaries,” in “so-called welfare reform,” and one may add tax reform, which all speak of “the drive to privatize wealth away from care for the public good.”3

In contrast, Brueggemann challenges us to relearn the “lyric of abundance” that believes that there is more than enough food to go around in God’s good creation. However, vitally important for this vision of dayenu — translated as “there is enough in God’s goodness” — is that each and every one of us must make sure that all members of the community take just what they need.4 No more, no less. The manna story in Exodus 16 warns against hoarding, against greed that capitalizes on this “myth of scarcity.” Instead it encourages sharing that is exemplified also in the stories that tell of Jesus taking five loaves and two fishes, and after he had blessed the food, he broke it and gave it to feed a multitude of hungry people (Mark 6:30-44; Mark 8:1-9; John 6:1-14).1

Economist and lay Presbyterian Michael Kruse has written that while we live in a resource rich planet made by God, it isn’t enough to say that there is just abundance and no such thing as scarcity:

It is true that God created and placed us in a world of abundant resources. But very few resources exist in a state usable by human beings. Energy, technology, and intelligence must be applied to resources to transform them from less useful states into more useful states. Houses, appliances, clothes, cars, and nearly everything else we use do not exist in such a way we can just go pick them off trees. Most of our food production requires careful management of soil and the application of farming techniques in order to produce an abundance of food. This is part and parcel of the biblical notion of stewardship as God placed Adam in the garden to work it so that if might produce abundance.

At the core of the “no scarcity” fallacy is blindness to issue of production. It views economics purely in terms of distribution of goods and just assumes material goods exist. If material goods just hung from trees for our picking, then maybe the case could be made for communal ownership and sharing with each other (but even then it won’t work as we will see below.) But the reality is that there are a set number of human beings, energy resources, and technological tools to be used on any given day for any given society. How should these scarce resources be employed at this moment?2

What does this text mean?  It makes more sense to say that we live in a world of scarcity and it makes sense to plan.  That said, we rely on God daily, for the food we eat, the clothes we wear and the homes we live in.  We trust that God will do all of this even if it happens through the sweat of our brow or from others.  God acts to provide, the Israelites and us today, within and without or economic systems.