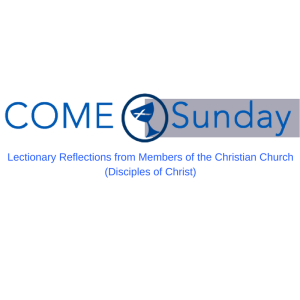 If you even have a passing interest in superhero stories, you know that most of our comic book heroes have what is called an “origin story” something that tells us how this superhero came to be.  For Spiderman it was the bite of a radioactive spider that gave him enhanced powers. For Batman, it was the murder of his parents by a robber. Superman was an orphan that escaped the destruction of his home planet Krypton and was given powers by Earth’s sun. In all of these characters and countless more, something happened in their lives- a turning point.  What they once knew was no more and they were opened to a brand new reality.

The man we know as the Apostle Paul started out as Saul.  He had set on his path which happened to be persecuting the new Jewish sect that would become the Church.  On the way to the city of Damascus he has an encounter that changes his life. He had one reality and slowly but surely gave way to a new way of living becoming one of the enduring leaders of the early church, the one that moved the faith from a sect of Judaism, to the worldwide religion called Christianity.

Let’s take a look at the conversion of Saul.

The Lord replied, “Go! This man is the agent I have chosen to carry my name before Gentiles, kings, and Israelites. I will show him how much he must suffer for the sake of my name.”

Saul’s change is actually part of a string of conversions that take place in the book of Acts. It starts in Acts 8:4 with a group of Samaritans, then it goes to the Ethiopian Eunuch. In chapter 10 we will see the conversion of Cornelius a Roman soldier.  With the inclusion of Saul, we see each conversion moving us farther and farther away from Jerusalem, putting the words Jesus said in Acts 1:8 into action: “Rather, you will receive power when the Holy Spirit has come upon you, and you will be my witnesses in Jerusalem, in all Judea and Samaria, and to the end of the earth.”

So who was Saul and why did he become Paul? It’s important to note that “Saul” is a Jewish name, while “Paul” was a Latin name.  The name change is a way showing what the Saul was going to be doing, preaching to the Gentiles. But it also reflected the young man’s double identity: Jewish and a Roman Citizen.

Saul grew up in Tarsus a large commercial and cosmopolitan city.  The city was known for its intellectual life, and it in many ways rivaled Athens when it came to thought and philosophy. Saul would have been raised in a Jewish home, but the Jews who live in Tarsus were influenced by the Hellenistic (Greek) culture around them. The everyday language would have been Greek, not Hebrew. Even the scriptures used for study and worship would have been a Greek translation of the original Hebrew.

You would think living as a minority in a Hellenistic culture would have made Saul more open to other ways of thinking, but that was not the case.  Instead, Saul became a zealot for his faith and he was hellbent on trying to destroy this new Jewish sect. In a way, he was at war with himself, the zealot for his faith going against the Hellenistic Jew.  The first glimpses of Saul are not the cosmopolitan man from Tarsus, but as a violent young man that breathed threats and murder as Acts 9:1 describes him.

Saul is on the way to Damascus to persecute followers of this new sect when he is struck by light.  This bright light is blinding and he can hear a voice that ask, “Saul, Saul, why are you harassing me?”  Paul has an encounter with Jesus and it is interesting that the voice allies itself with the suffering- a reminder that God stands with those who suffer. Pastor Jay Wilson explains:

The risen Lord confronts Saul with the question, “Why do you persecute me?” And the query shows just how closely God associates himself with his people. From here a sermon could address how God always stands in solidarity with those afflicted and suffering (think of Jesus’ own ministry to the least of these, or Yahweh’s attention to the enslaved Hebrews back in Exodus 3:7-9). One might even suggest how, ever since Jesus’ resurrection and subsequent gifting of the Spirit to His people, the Church is now, in a mysterious way, the Body of Christ.

But Jesus also taught and practice loving the enemy. Stephen, consider the first martyr, prays for his enemies even as he is being stoned to death.  Saul is being confronted, but is considered by God a chosen instrument. The encounter on the road is both judgement and mercy; where God closes one door for Saul and opens a new one for Paul.

So what’s the point of this conversion experience? Theologian and pastor William Willimon explains that this story shows a few things. First, what Saul went through is something that God does.  It is not a self-improvement project. God is in the business of choosing people that most of us would never choose like Jacob who was a thief and a crook or even Moses who killed a man. By showing such extreme examples, we show that God is the one that changes us and not us.

The other thing to remember is that conversion went from independence to dependence, which is incredibly countercultural. Here was a guy that knew what he wanted and where to go. He meets God and now has to be led by the hand.  Progress in God’s kingdom is actually going backward at least in our world.

The people with Saul who are wondering what’s going on, will pick him up and carry him to a house in Damascus.

It’s then that we have this side story with Ananias.  He is a follower in Damascus and God calls on him to go and tend to Saul.  Ananias has second thoughts and probably third and fourth thoughts. “Lord, I have heard many reports about this man. People say he has done horrible things to your holy people in Jerusalem. He’s here with authority from the chief priests to arrest everyone who calls on your name,” Ananias says in verses 13-14. But God commands him to go and heal Saul because he is the agent chosen by God to preach to “kings, Gentiles and Israelites” (9:15).  Ananais obeys and heals Saul so that he can see again.

In this large story Ananias is an example of being a disciple, and sometimes that means showing mercy to those you really, don’t want to show mercy to at all.  He is faithful and trusting of God and does what he is called to do. While this is the story of Saul, there is a smaller story about a simple man in a town called to do something for an enemy and he obeys.  We never see Ananias after this event.

In 1993, Laramiun Byrd age 20 was shot and killed by Oshea Israel in Minneapolis. Israel was sentenced and served time in prison for the murder.  Towards the end of that sentence he received an interesting visitor, Mary Johnson, the mother of Laramium Byrd. She wanted to know if he was the same man who killed her son or if there had been any change. Back then, she wanted to hurt him, but after a long conversation with Israel, she ended up hugging the killer of her son.

It was then she realized that all of the anger and hatred she had carried over the prior decade was gone. She had moved from bitterness to forgiveness. As she changed, so did Israel’s life. He became her adopted son and he gained a mother.

Conversions, changes of heart, are not things that happen immediately and more often than not, they are not things we do. Instead, it is an internal process that changes people, be it a man in the Middle East or a mother in Minneapolis that make the impossible, possible. Change is not about learning to be a better person, but allowing God to make us better persons, persons on a mission.