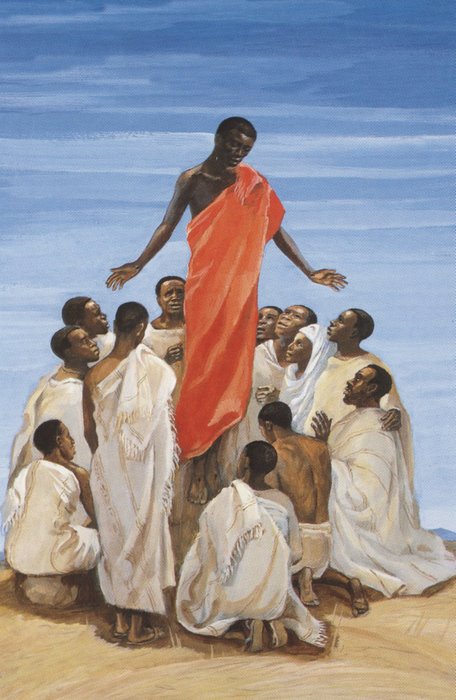 1 In the first book, Theophilus, I wrote about all that Jesus did and taught from the beginning 2 until the day when he was taken up to heaven, after giving instructions through the Holy Spirit to the apostles whom he had chosen. 3 After his suffering he presented himself alive to them by many convincing proofs, appearing to them during forty days and speaking about the kingdom of God. 4 While staying with them, he ordered them not to leave Jerusalem, but to wait there for the promise of the Father. “This,” he said, “is what you have heard from me; 5 for John baptized with water, but you will be baptized with the Holy Spirit not many days from now.”

6 So when they had come together, they asked him, “Lord, is this the time when you will restore the kingdom to Israel?” 7 He replied, “It is not for you to know the times or periods that the Father has set by his own authority. 8 But you will receive power when the Holy Spirit has come upon you; and you will be my witnesses in Jerusalem, in all Judea and Samaria, and to the ends of the earth.” 9 When he had said this, as they were watching, he was lifted up, and a cloud took him out of their sight. 10 While he was going and they were gazing up toward heaven, suddenly two men in white robes stood by them. 11 They said, “Men of Galilee, why do you stand looking up toward heaven? This Jesus, who has been taken up from you into heaven, will come in the same way as you saw him go into heaven.”

By portraying the movement from Jerusalem and Judea through Samaria to the ends of the earth, Luke indicates that the faithful witness enlarges community. The witnessing church becomes ever more inclusive. The witness of the church today, then, is in continuity with Acts when it also extends the boundaries of community. [Allen, Acts of the Apostles, p. 20].

And so we tarry, until the Spirit falls upon us, empowering and directing us in extending the boundaries of the realm.

Robert Cornwall is the Pastor of Central Woodward Christian Church in Troy, Michigan. He holds the Ph.D. in Historical Theology from Fuller Theological Seminary. He is the author of a number of books including Out of the Office (Energion, 2017), Marriage in Interesting Times (Energion, 2016), and Freedom in Covenant (Wipf and Stock, 2015) and blogs at Ponderings on a Faith Journey.
Advertisement