4 The pivots on the thresholds shook at the voices of those who called, and the house filled with smoke. 5 And I said: “Woe is me! I am lost, for I am a man of unclean lips, and I live among a people of unclean lips; yet my eyes have seen the King, the LORD of hosts!”

6 Then one of the seraphs flew to me, holding a live coal that had been taken from the altar with a pair of tongs. 7 The seraph touched my mouth with it and said: “Now that this has touched your lips, your guilt has departed and your sin is blotted out.” 8 Then I heard the voice of the Lord saying, “Whom shall I send, and who will go for us?” And I said, “Here am I; send me!”

As we move from Pentecost Sunday to Trinity Sunday, we find ourselves drawn into the heavenly realm (with the prophet Isaiah). While Easter celebrates the resurrection of Jesus and Pentecost the outpouring of the Spirit, Trinity Sunday lifts our attention to God in God’s fullness – as Father, Son, and Holy Spirit, Mother of us All. As to what we are attending to on Trinity Sunday, theologian Joe Jones writes that “the doctrine of the Trinity is simply that set of rules and concepts proposed for understanding of the self-revealing God witnessed to in the Bible” [A Grammar of the Christian Faith, 1:151]. The Trinity, then, is the term we use to speak of the way in which we encounter the one who covenanted with Israel, who was incarnate in Jesus of Nazareth, and who empowers the church as it carries out its mission in the world. The idea of the Trinity is related to the Christological question. As Joe Jones puts it: “Everything pivots around the issue of the divinity of Jesus Christ. If Jesus Christ is not essential to the identification of who God is, then the doctrine of Trinity is unnecessary” [Grammar, 1:151]. While the first reading from Isaiah 6 does not mention either Jesus or the Holy Spirit, as a Christian I read this passage in light of my affirmation of the doctrine of the Trinity. That is, the one whom Isaiah claims to see is the one Christians have understood in terms of our confession of the triune nature of God.

So, with that context-setting statement, we are ready to hear the word from Isaiah, the one who was drawn into the presence of God in the year that King Uzziah died (around 740 BCE). In the description of the vision, that prophet finds himself standing before the throne of God. The prophet reported “I saw the Lord sitting upon a throne, high and lifted up; and his train filled the temple.” Note the use of the term temple, which suggests that this is the location at which God is encountered. This is the location at which heaven and earth intersect. To make reference to Dr. Who’s Tardis, it is apparently larger on the inside than on the outside.

There is no explicit reference to the Trinity here, and yet the reading does draw our attention to the God Christians believe was incarnate in Jesus, and thus reveals to humanity the God who is unseen. In this vision, the unseen God is revealed to the prophet in the Temple, where the prophet sees seraphs (six-winged creatures) ministering before the throne of God. One seraph sings out: “Holy, Holy, Holy is the LORD of hosts; the whole earth is full of his glory.” In other words, while the Temple is a meeting place, it’s not just the Temple, but the whole earth that is filled with the glory of God. This is a magnificent sight, for what the prophet experiences is the holy, the sacred. That makes the prophet’s response understandable: “Woe is me!” I too would feel overwhelmed by such a sight.

This is not just a theophany—an appearance of the divine—it is the moment of a prophetic call. The prophet is invited into the presence of God not for voyeuristic reasons, but with a call in mind. It is also moment of transition in the life of Judah. The king is dead, a new king is set to come into power. So, Isaiah will have as his ministry focus, speaking to the new king on behalf of God who covenanted with Israel. It’s a recognition that even the most righteous of kings need some prodding from God’s prophets. With this transition in mind, God calls out from the throne: “Whom shall I send, and who will go for us?” Standing there before God’s throne, the Isaiah hears the call and responds. I’m wondering, based on the nature of the story, if Isaiah is not in the Temple at the time of the vision. So, the calls goes out, and Isaiah responds favorably. While this is true, the account also reveals Isaiah’s nature reticence to take up the call. Before even hearing the call, Isaiah has declared that he is unworthy to be in the presence of God. That confession is true for most true prophets.

Isaiah has made the claim that he is unfit for the task: “I am a man of unclean lips.” That may be true, but the problem is taken care of when one of the seraphs attending to the throne of God takes a pair of tongs, lifts a coal from the altar, and presses it against Isaiah’s lips. If it is a live coal, as the text suggests, it would be burning hot. In this case, it serves as a purifier. Having had his lips seared by this coal, he no longer has an excuse. He has been made ready to speak for God (for that is the purpose of a prophet). So, when the call comes, he simply declares “Here am I, send me.”

The vision of Isaiah is a reminder that God may be unseen, but God is not unrevealed. Isaiah declares “I saw the Lord.” The doctrine of the Trinity is an expression of what is revealed here. We confess that God has been seen in the incarnate one, in Jesus. So, with the heavenly beings, we can sing “holy, holy, holy is the Lord of hosts, the whole earth is full of his glory.” We can add the refrain from the hymn: “God in three persons, blessed Trinity.” 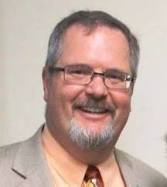 Bob is a  Disciples of Christ pastor, church historian, and author.  He currently serves as Pastor of  Central Woodward Christian Church (Disciples of Christ) of Troy, Michigan. He holds a Ph.D. in Historical Theology from Fuller Theological Seminary, along with an M.Div. from Fuller and a B.S. degree from  Northwest Christian University in Eugene, OR.  Bob has authored several books, as well as numerous articles and book reviews.   He currently edits Sharing the Practice(Academy of Parish Clergy) and among the books already published, he has a number of books that have appeared with Energion Publications — Marriage in Interesting Times: A Participatory Study Guide, Unfettered Spirit:  Spiritual Gifts for a New Great Awakening, Worshiping with Charles Darwin, Ultimate Allegiance: The Subversive Nature of the Lord’s Prayer and Ephesians:  A Participatory Study Guide, and Faith in the Public Square (2012). He’s also the author of Freedom in Covenant (Wipf and Stock, 2015). For more on my books, see my Amazon Author Page:  amazon.com/author/robertcornwall.