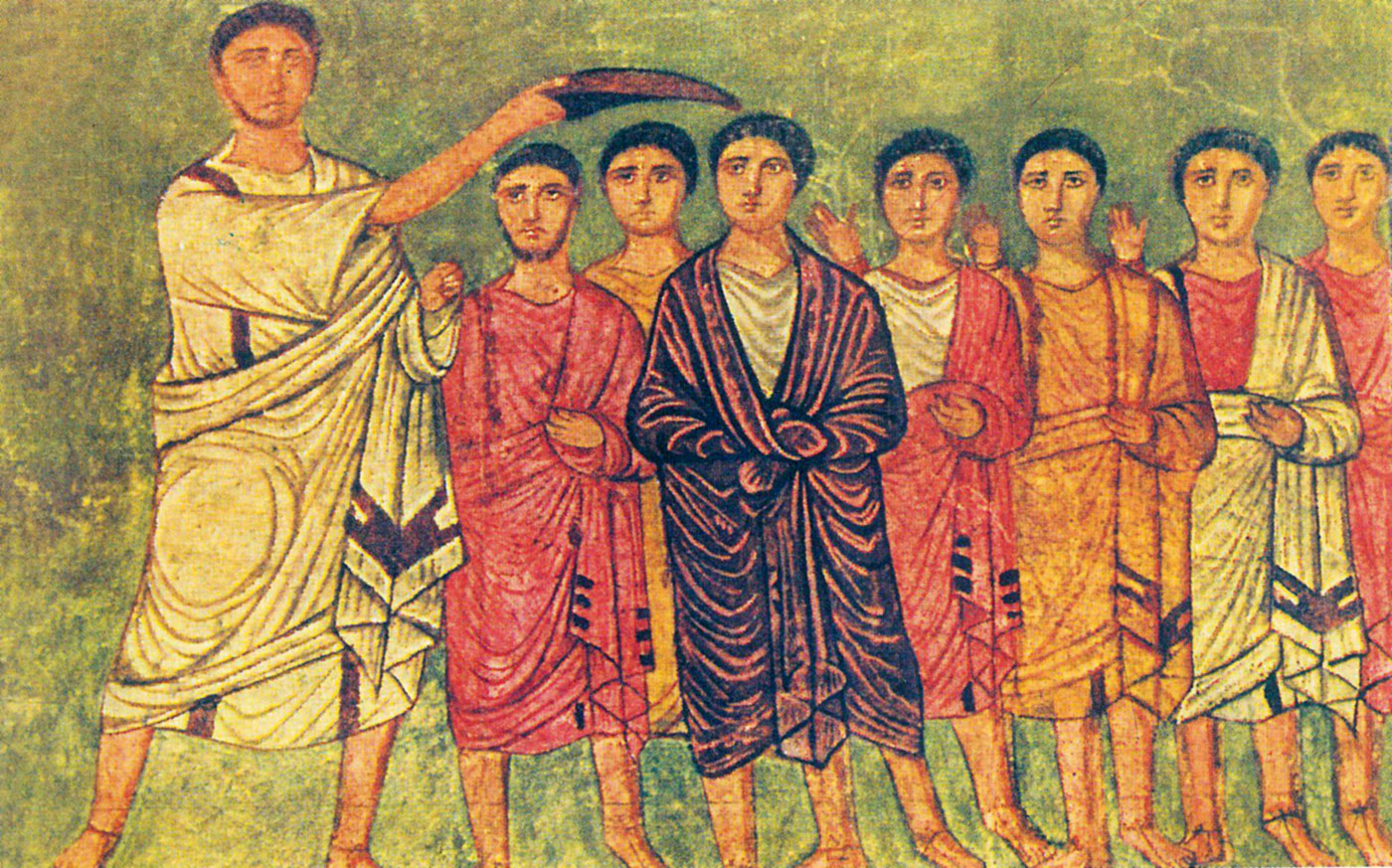 34 Then Samuel went to Ramah; and Saul went up to his house in Gibeah of Saul. 35 Samuel did not see Saul again until the day of his death, but Samuel grieved over Saul. And the Lord was sorry that he had made Saul king over Israel.

16 The Lord said to Samuel, “How long will you grieve over Saul? I have rejected him from being king over Israel. Fill your horn with oil and set out; I will send you to Jesse the Bethlehemite, for I have provided for myself a king among his sons.” 2 Samuel said, “How can I go? If Saul hears of it, he will kill me.” And the Lord said, “Take a heifer with you, and say, ‘I have come to sacrifice to the Lord.’ 3 Invite Jesse to the sacrifice, and I will show you what you shall do; and you shall anoint for me the one whom I name to you.” 4 Samuel did what the Lord commanded, and came to Bethlehem. The elders of the city came to meet him trembling, and said, “Do you come peaceably?” 5 He said, “Peaceably; I have come to sacrifice to the Lord; sanctify yourselves and come with me to the sacrifice.” And he sanctified Jesse and his sons and invited them to the sacrifice.

6 When they came, he looked on Eliab and thought, “Surely the Lord’s anointed is now before the Lord.” 7 But the Lord said to Samuel, “Do not look on his appearance or on the height of his stature, because I have rejected him; for the Lord does not see as mortals see; they look on the outward appearance, but the Lord looks on the heart.” 8 Then Jesse called Abinadab, and made him pass before Samuel. He said, “Neither has the Lord chosen this one.” 9 Then Jesse made Shammah pass by. And he said, “Neither has the Lord chosen this one.” 10 Jesse made seven of his sons pass before Samuel, and Samuel said to Jesse, “The Lord has not chosen any of these.” 11 Samuel said to Jesse, “Are all your sons here?” And he said, “There remains yet the youngest, but he is keeping the sheep.” And Samuel said to Jesse, “Send and bring him; for we will not sit down until he comes here.” 12 He sent and brought him in. Now he was ruddy, and had beautiful eyes, and was handsome. The Lord said, “Rise and anoint him; for this is the one.” 13 Then Samuel took the horn of oil, and anointed him in the presence of his brothers; and the spirit of the Lord came mightily upon David from that day forward. Samuel then set out and went to Ramah.

God raises leaders from unexpected places. What better example is there than the quiet, middle-aged seamstress named Rosa Parks? Parks’s refusal to relinquish her bus seat to a Eurocentric person was the spark that led to the Montgomery bus boycott. Later she was deemed the “mother of the civil rights movement.” Her resolve to maintain dignity and resist unjust treatment set off a chain of events that altered race relations permanently. [Preaching God’s Transforming Justice, p. 283]

The fact that Rosa Parks was an activist doesn’t change the fact that her courage to take on the powers. She was raised up for this purpose, even as David unexpectedly was lifted up for this calling, and like Rosa Parks changed history.
As for Samuel, having completed his work, he heads off to Ramah, while David goes back to his chores. It’s not time for the revelation of David’s anointing. Only the family knows—if that.  We will have to wait to see David take up the mantle of monarchy. He has the spirit, just not the throne. He has to be patient and wise, good qualities to have if one wishes to be a good leader. So, he bides his time, until he can take his place as the “do-over anointed” king of Israel. David makes his share of mistakes, but is remembered as one whose heart was close to God, and thus the right person for the job.