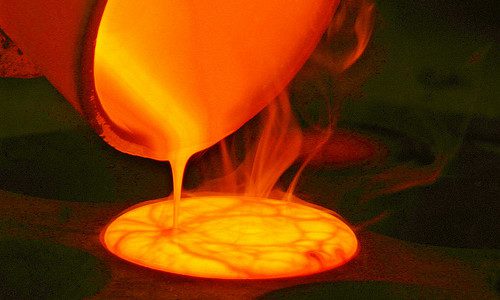 3 See, I am sending my messenger to prepare the way before me, and the Lord whom you seek will suddenly come to his temple. The messenger of the covenant in whom you delight—indeed, he is coming, says the Lord of hosts. 2 But who can endure the day of his coming, and who can stand when he appears?

For he is like a refiner’s fire and like fullers’ soap; 3 he will sit as a refiner and purifier of silver, and he will purify the descendants of Levi and refine them like gold and silver, until they present offerings to the Lord in righteousness.4 Then the offering of Judah and Jerusalem will be pleasing to the Lord as in the days of old and as in former years.

When Christians accept God’s calling, it is good news for the world, because the church, when it is willing to bear God’s refining, represents the glory of humanity as it exists in God’s desire. In the end, of course, what sustains the church, and all human beings touched by God’s grace, lies beyond the words of judgment, in the faithfulness with which God shall complete the loving work of creation.  [Connections, p. 20].

May we present ourselves to God’s messenger so that we might be refined. With that act on God’s part of refining us, we find ourselves brought to wholeness, to completeness, along with the rest of God’s creation. With  that we can continue the journey toward Christmas.