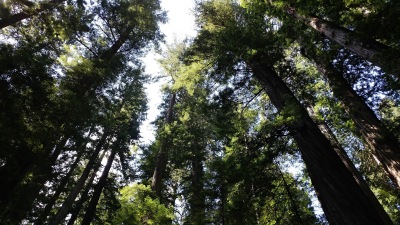 27 When they had brought them, they had them stand before the council. The high priest questioned them, 28 saying, “We gave you strict orders not to teach in this name, yet here you have filled Jerusalem with your teaching and you are determined to bring this man’s blood on us.” 29 But Peter and the apostles answered, “We must obey God rather than any human authority. 30 The God of our ancestors raised up Jesus, whom you had killed by hanging him on a tree. 31 God exalted him at his right hand as Leader and Savior that he might give repentance to Israel and forgiveness of sins. 32 And we are witnesses to these things, and so is the Holy Spirit whom God has given to those who obey him.”

I woke up Easter morning to news that churches and hotels in Sri Lanka had been bombed with hundreds reported dead or injured. It wasn’t the kind of news I wanted to hear as I prepared to help lead the congregation in worship on Easter Sunday. My sermon offered hope of a new creation emerging from the resurrection. It was a good plan, but how do you celebrate life when the news reports suggest that death has once again claimed victory? Then again, Easter is rooted in a prior act of violence, the crucifixion of Jesus. It is with these competing images of violent death and God’s victory over death in the resurrection that we began our Easter season. The question is, where do we go from here? How do we respond?

The Gospel reading from John 20 invites us to receive the Holy Spirit and believe the good news even if, like Thomas, we don’t have physical evidence. The first reading for the week, as laid out by the Revised Common Lectionary, points us to the Book of Acts, rather than the Hebrew Bible, which is the case through most of the year. Since my focus in this cycle of lectionary reflections is on these first readings, during the Easter season I will be taking up the witness of the Book of Acts. So, we find ourselves in Acts 5. The reading for the Second Sunday of Easter, in Year C, comes from Acts 5.

This reading from Acts 5 begins in the middle of a story. The Apostles have been arrested and imprisoned, but somehow, they have escaped, though the doors were locked, and the guards were at their post. To the surprise of the authorities, the apostles had gone back to the Temple and had started up preaching once again, just like before their arrest. Having been sent to look for the Apostles, the Temple guards took the apostles back into custody (without violence) and brought them before the council to be questioned (Acts 5:17-26). This is where the lectionary selection picks up the story.

The goal here, at least in the minds of the religious authorities, is to put an end to this nascent movement of Jesus followers, before it led to trouble with the Roman government. If the death of Jesus failed to suppress the movement, what would do the trick? Thus, we have before us what you might call a power encounter. Two forces are on a collision course. On the one hand there is the religious establishment and on the other there is this emergent religious sect that is flouting the rules and undermining the status quo.  The religious authorities demand that the apostles give up their preaching, while Peter and Apostles insist on preaching. As Peter puts it: “We must obey God rather than any human authority.” It’s one of those “Here I stand, I can do no other” moments. Something has to give, and Peter shows no signs he’s ready to give in.

Peter and the apostles turn this appearance before the religious authorities into an opportunity to share their basic message, as if the authorities hadn’t already heard it!  To begin with, the religious authorities were frustrated that the Apostles were placing the blood of Jesus on them. That is, the Apostles were blaming the authorities for the death of Jesus, and they didn’t appreciate it. Afterall, they were just doing their job of keeping the peace when they tried to shut down Jesus. They figured that if they dealt a deadly blow to the leader of the group, it would dissipate. So far, that tactic hadn’t worked, but they still didn’t want to be blamed.

When Peter and his cohorts get up to offer their defense, they reaffirm this charge. Yes, the authorities were responsible for Jesus’ death, but they had failed in their mission to deal a deadly blow on the movement, because God had raised Jesus from the dead. Not only had God raised Jesus from the dead, but God exalted him to his right hand, making him “Leader and Savior that he might give repentance to Israel and forgiveness of sins.” They stood before the community as witnesses to this message and did so through the power of the Holy Spirit given by God to those who obey God. Remember the question—who should we obey?

If we read between the lines, we will understand why the religious leaders were concerned about the activities of this upstart sect. The religious leaders were essentially in the employ of the Roman authorities, who charged them with keeping the peace. They were supposed to be the buffer between the empire and the people (who weren’t all that keen on being part of the empire). As for the Apostles, they were doing anything but keeping the peace. They were stirring up trouble with their preaching and their miracles, all of which occurred in the Temple precincts. This was an area of the city under the control of the religious authorities, and they didn’t appreciate the activity that cast them in a bad light.

When we read a passage like this, we must be cognizant of the danger posed by a passage like this, which has been used to target Jews. We can criticize the religious leaders without blaming the Jews as a people. It is important that we remember that the Apostles were themselves Jews. This was in reality a contest for the hearts of the people—the institutionalists or the outsiders. As an institutionalist by profession, I find myself uncomfortable at this point in the story. Where would I be in this story?

Peter stakes out the grounds for debate with the declaration that they must obey God rather than human authority. The opposition position is given voice by the chief priest, who in this story is representative of alliances made for political expediency. So, what we see here is a common occurrence through history, especially in the age of Christendom that extended from the time of Constantine to the present. It may seem like we’re in a post-Christendom era, but not everyone has gotten the message. Thus, we continue to see such corrupting alliances emerge to this day, with religious leaders lining up to support the reigning political authorities. In the current context, we’ve seen religious leaders bow before the President, embracing his immoral behavior, all in the name of gaining access to power. It’s an easy trap to fall into. Billy Graham discovered to his chagrin that he had been compromised by his friendship with Richard Nixon. And, consider how the religious authorities in Germany got into bed with Adolph Hitler, and in doing so compromised their beliefs and abetted Hitler’s demonic program.

You don’t need a Hitler to be corrupted. We entangle ourselves because we may believe it will benefit us or we might even believe we can steer the authorities in the right direction. As one who is engaged with political leaders, at least on the local and state level, I have to be watchful about my loyalties. It is easy to get corrupted, and it’s good to remember that whatever benefits we accrue from these alliances are often short term in nature. If we look at the history of first century Palestine, the alliance between the religious authorities and the Romans did not prevent the destruction of the Temple. It pays, then to be watchful, no matter what the politics of the governing authorities might be.

So, we come back the declaration of Peter: “We must obey God rather than any human authority.” This is not a call for disengagement. It is a call to be wary of corrupting alliances. The Apostles rejected the demands of the authorities, and as the verses follow note, the authorities exacting some pain and suffering on them, having them flogged. They might have done more, but Gamaliel suggested that they might want to wait and see if this movement fell apart now that its leader was gone, as had been true with earlier movements. On the other hand, if its from God, you can’t defeat it. My sense is that Gamaliel figured that the movement would eventually collapse under its own weight. Why create more martyrs?  Of course, the movement did survive, so does that mean it is of God? What then will our witness be?