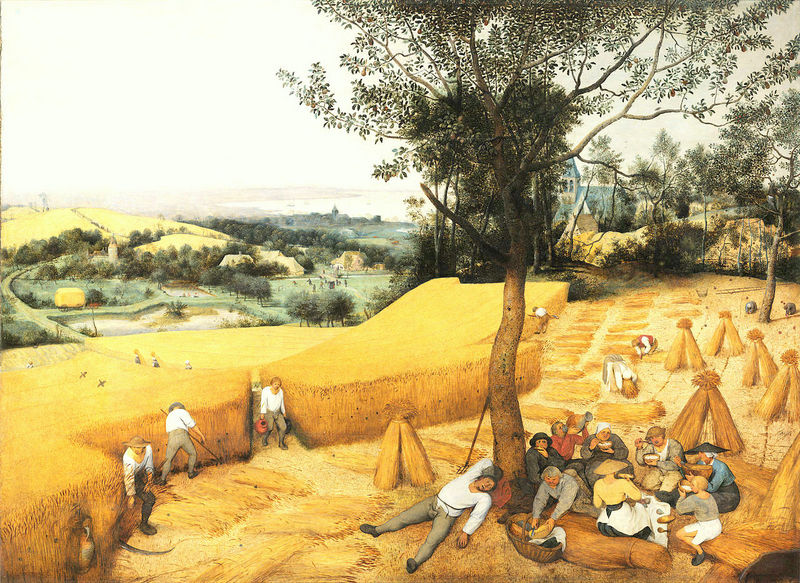 Joel 2:23-32 New Revised Standard Version (NRSV)
23 O children of Zion, be glad
and rejoice in the Lord your God;
for he has given the early rain for your vindication,
he has poured down for you abundant rain,
the early and the later rain, as before.
24 The threshing floors shall be full of grain,
the vats shall overflow with wine and oil.
25 I will repay you for the years
that the swarming locust has eaten,
the hopper, the destroyer, and the cutter,
my great army, which I sent against you.
26 You shall eat in plenty and be satisfied,
and praise the name of the Lord your God,
who has dealt wondrously with you.
And my people shall never again be put to shame.
27 You shall know that I am in the midst of Israel,
and that I, the Lord, am your God and there is no other.
And my people shall never again be put to shame.
28  Then afterward
I will pour out my spirit on all flesh;
your sons and your daughters shall prophesy,
your old men shall dream dreams,
and your young men shall see visions.
29 Even on the male and female slaves,
in those days, I will pour out my spirit.
30 I will show portents in the heavens and on the earth, blood and fire and columns of smoke. 31 The sun shall be turned to darkness, and the moon to blood, before the great and terrible day of the Lord comes. 32 Then everyone who calls on the name of the Lord shall be saved; for in Mount Zion and in Jerusalem there shall be those who escape, as the Lord has said, and among the survivors shall be those whom the Lord calls.
************

Although we are well into the season after Pentecost, on the 20th Sunday after Pentecost we encounter a reading from Joel that finds its echo in the Pentecost event (Acts 2:17-21). Peter declares that what was spoken of by Joel finds fulfillment on the Day of Pentecost when the Spirit fell on the believers. It’s not surprising, due to Peter’s claim on the passage from Joel, that it has had resonance in Pentecostal communities. Pentecostals see in this passage a promise not only for the Day of Pentecost but also for a more recent outpouring of the Spirit (at Azusa Street). The title I have given to this reflection is taken from a famous sermon by Pentecostal evangelist Aimee Semple McPherson. In her “Lost and Restored” sermon, McPherson saw in Joel’s words a reference first to the initial outpouring of the Spirit (Pentecost), it’s gradual loss over time (the locusts and other insects), and then a gradual restoration of what was lost, starting with the Reformation moving toward what she envisioned as the coming of the perfect (Christ’s return), which was presaged by the restoration of the gifts of the Holy Spirit’s. In McPherson’s view, the birth of the Pentecostal movement, of which she was a leading evangelist, presaged the coming of Jesus [Aimee Semple McPherson, The Foursquare Gospel, (Foursquare Publications, 1969), pp. 13-38].

While I don’t recommend McPherson’s interpretation of Joel’s message or her interpretation of salvation history (with its apocalyptic vision), the vision of Joel does suggest that something had been lost and that it would be restored. This “lost and restored” theme has resonated with Christians down through the ages, though it takes different forms at different times. My own tradition, the Christian Church (Disciples of Christ), has a restorationist element to it, though we tend to downplay it [see Cornwall, Freedom in Covenant, pp. 24-31]. Our founders believed that something had been lost from the original New Testament vision and sought to restore it in some fashion. A passage like Joel 2 encourages such a vision.

The reading from Joel emerges out of Israel’s agrarian context. It reminds us that their agricultural production depended on the rains, which came at two times during the year—an early and late rain. Drought and plague (locusts) are the scourge of agrarian people. In our reading, Joel points to the early rain sent by God, which has brought with it an abundant harvest, after a time of drought and plague. What had been lost during the drought and the accompanying infestation of insects has been restored. Good times are at hand. With this agricultural vision laid out, Joel moves on to a more eschatological vision, one that involves the outpouring of the Holy Spirit on the people of God.

The vision offered here is one of God’s sovereignty. This abundant harvest is a reminder of God’s presence in their midst: “You shall know that I am in the midst of Israel, and that I, the Lord, am your God and there is no other.” The prophet interprets the former devastation to the people’s wandering from their faith in Yahweh. Now they will know, that God is with them and that they should have no other god besides the God who has provided this harvest. The promise here is that they will never again be put to shame. History suggests that there would be more difficult times ahead, but the promise of divine presence remains.

The eschatological vision contained in the passage, a vision that looks beyond the restored harvest, is the vision picked up by Peter on the Day of Pentecost, and then by others down through history. It involves an outpouring of the Spirit on the people of God, one that empowers the entire people of God to proclaim the good news. It doesn’t matter if you’re young or old, male or female, you will be empowered. It is a powerful word that often has been forgotten by the church as it has placed limits on who can enter the pulpit or speak to the community. This is one of the claims that Aimee Semple McPherson made on this passage and others like it in defending her own call to a ministry of preaching at a time when most pulpits were closed to women.

So, how might this passage speak to us? What might have been lost that God is now restoring through the Spirit? Who is God empowering to speak who has been excluded from pulpits and lecterns? As we listen to this word, what should we make of the apocalyptic elements of the reading? How should we think about these portents in the heavens that Joel mentions? Might we take this more metaphorically as an invitation to open our eyes to what is happening in the world? What wakeup calls are we experiencing at this moment in time when the politics of the day seems out of whack, the climate is changing in dramatic ways, and wars continue to manifest themselves? What word of hope is available to us?

In the apocalyptic closing of the passage, after the sun is turned to darkness, the moon into blood, on the day of the Lord arrives, salvation comes to those who call on the name of the Lord. There will be survivors in both Mount Zion and in Jerusalem. This isn’t a promise of universal salvation, but it is a word of hope. At this moment in time, when things seem to have gone awry, a word of hope and a promise of healing (salvation) is welcome. But here’s the thing, hope comes from God and not from the idols of our day, whether political leaders or other celebrities.  Trust in God. That is the word that Joel offers us. If we receive the word, then there will be abundance. What was lost will be restored as the Spirit of God flows in and through us!