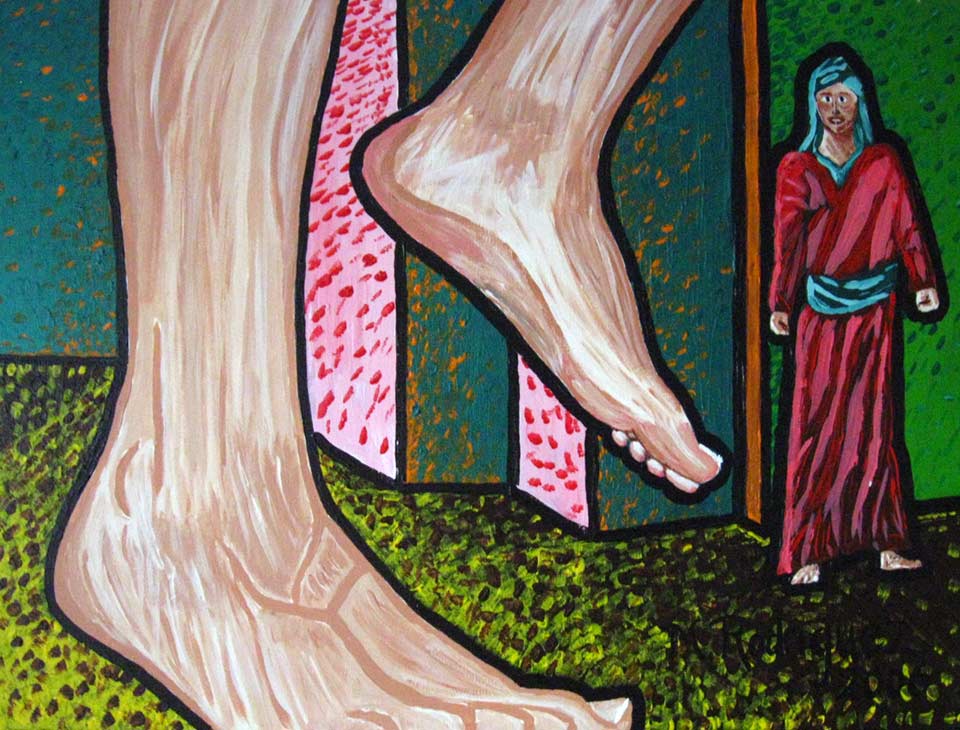 The first verse states that they were heading to the temple to pray.  The early members of the church were faithful Jews and didn’t see themselves as establishing a religion separate from Jerusalem. The prayer at the “ninth hour of the day” or 3:00PM was the second daily prayer of the day.

When this man is healed, what is the first thing he does? He gets up, starts walking and leaping, and then enters the temple praising God.  He was on the outside and now was able to come inside.

What is the important aspect of this story?  On one level, this about a man who was not allowed in the temple and now is brought in and welcomed.  That does matter, but there is something more important.  In verse six, we see Peter looking straight at this man and tell him that he doesn’t have any money to give the man.  But Peter then tells him that in the name of Jesus rise up and walk.

What is so important about Peter doing this in Jesus’ name?  Why does that matter?

Peter is honest with the man when he says he has no money.  Peter can’t give this man what he thought he wanted. Instead, Peter gives something more: the name of Jesus.  William Willimon notes that in Luke (part 1 of Luke-Acts) the name of Jesus is tied with healing and Peter picks up on that, using the name and power of Jesus to heal this man.

It seems like this passage is saying that there are things more important and more powerful than money.

I’m thinking about this as I look at my small congregation and at times I wonder, what can this congregation do?

When I taught this passage a few years ago, I talked about how the lame man who couldn’t enter the temple was brought in tells us we are called to heal the outsiders like refugees and bring them inside.  I still think that is important and matters.  However, we welcome the stranger, feed the hungry, clothe the naked, all in Jesus’ name.  In the power of Jesus’ name we can do things beyond what the bank statement says or how many people in the pews.  Just as Jesus did miracles in God’s power, we as the church are called to be in the world in the power of Christ.  It’s easy at times to get involved in the work of justice and not really do the work in Jesus’ name.  We will talk about Jesus, but we aren’t really doing it in the name and power of Jesus.

As Christians, we rely on God.  As we face the outsiders of our day, we realize that we can be agents of healing…in the power of Jesus’ name.  Because that power will change the world.