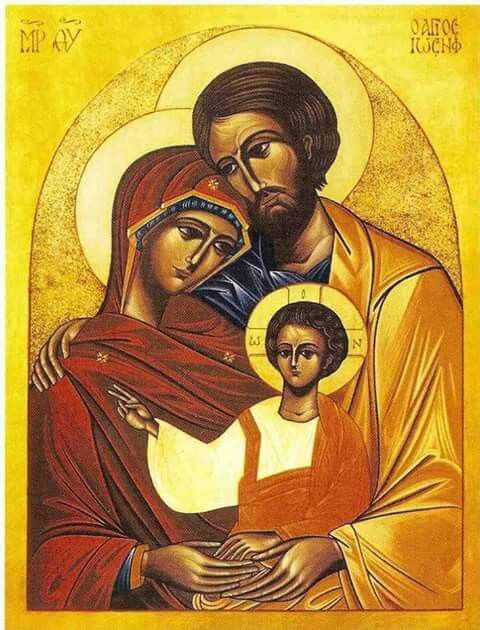 Jesus’ famous conversation with Nicodemus focused on the question of what it means to be born again/born from above (Jn. 3:1-10). Nicodemus had a difficult time getting his head around Jesus’ words because he was taking them literally. In doing that, he missed the point of rebirth. That is, to be in Christ is to become a new creation. Literalism too often gets in the way of hearing the message of Jesus.  Such was the case with Nicodemus. We encounter a similar word here in chapter 5 of 1 John. The author of the letter/sermon, who is known as John, speaks of being born of God, which I take to be the same as we read in John 3 (especially if we read this as being “born from above.” Rebirth here as in John 3 is connected to belief in Jesus as the Christ/Messiah. In other words, there is a lot of overlap between 1 John 5 and John 3.

The imagery here is familial. John continues to envision the church as a family, in fact, the church is understood to be the children of God. To believe in Jesus as the Christ is to take on a new identity. We become part of a new family. John once again uses the language of love, noting that those who love the Father will love the child. So, if we if love God, we will love God’s children (the church).  We do this by loving God, which involves keeping God’s commandments. John doesn’t specify the nature of the commandments here, but he insists they are not burdensome. I would say that for John belief and obedience to the commands are one and the same. In other words, to believe that Jesus is the Christ is not simply giving assent to a creedal statement. It involves living for Jesus by obeying the commands of God. If we do this, then we will conquer the world. To put it differently, believing and loving, require doing. Lindsey Jodrey picks up on this noting that in Johannine literature, with the one exception of 1 John 4, where the Greek noun pistis is found, belief is understood to be a verb. Jodrey writes that “For John, one does not have faith. Rather, one believes. It is something you do, a muscle that you exercise. John cannot conceive of disembodied, inactive
‘faith’” [Connections, p. 274].

The reference to conquering the world reminds us that the early Christians held an apocalyptic worldview. They assumed that they were engaged in cosmic battles. We see this in the Gospels, in Paul’s letters, and in Revelation. It’s present here as well. From an apocalyptic viewpoint, the assumption is that the old world is passing away and a new world is emerging. To believe is to participate in this cosmic battle, though the weapons used here are not physical. They’re spiritual in nature. The good news that John has for us is that in this cosmic battle, God has the upper hand. In fact, that’s why we believe Jesus is the Christ. It is in his death and resurrection that victory has been achieved.

This becomes clear in verse 6. Victory comes through belief/affirmation that Jesus is the Son of God. Jesus is the one who came by water and blood. The Spirit testifies to this truth. So what does John mean by this? To be honest it is not clear. John may have in mind the birth of Jesus (water) and death (blood). There may also be sacramental connections—baptism (water) and eucharist (blood). It’s unlikely that John has a sacramental meaning in mind, so more likely we’re talking of Jesus’ birth and death being the key to victory.  The verse ends with an affirmation of the
witness of the Spirit of Truth.

The reading from 1 John 5 ends, according to the lectionary, in verse 6. However, verses 7-9 are worth considering, as they add depth to the statement in verse six concerning the witness of the water, blood, and the Spirit. John writes that the water, blood, and Spirit all agree concerning the coming of Jesus. There is a trinitarian feel to the statement, but we shouldn’t push that too far. But, the point here is that they all agree concerning the ministry/person of Jesus, and beyond that God’s testimony is greater than any human testimony (the testimony of the Spirit). As we read this closing argument it appears that John is countering a docetic Christology that denies the messiness of the incarnation (water of birth and blood of his death). That does seem as if it is a major concern for the congregation, as the infiltrators who have disrupted congregational life may have been denying the reality of Jesus’ physical existence, including his death. But, the Spirit of God bears witness to the truth that is revealed in the messiness of water and blood.

This gets us back to the opening lines concerning John’s reference to the children of God, those who are born of God. It’s appropriate for us to think here in familial terms, with John taking on a paternal role in his concern for the community’s welfare. This is the family of God and together they experience victory in Jesus. That is a good thing to remember in this individualistic world we live in. While the reasons why a “spiritual but not religious” movement has emerged, one that tends not to be institutionally connected, is understandable, John would have trouble conceiving of such an entity. The individualistic side of this movement is a modern reality, that presumes we’re all free agents, able to
connect with God on our own terms. John envisions instead a family into which we’ve been born. Here John is concerned about the threat of division. Schism was considered a great sin by the ancient church because it tore apart the family. It undermines the principle of love. God is love, and those born of God will love their siblings because that’s what family does. So, together as members of the family of God working together in the power of the Spirit we can conquer the world!

Note: For more on 1 John, I suggest my book  The Letters of John: A Participatory Guide (Energion Publications, 2019).