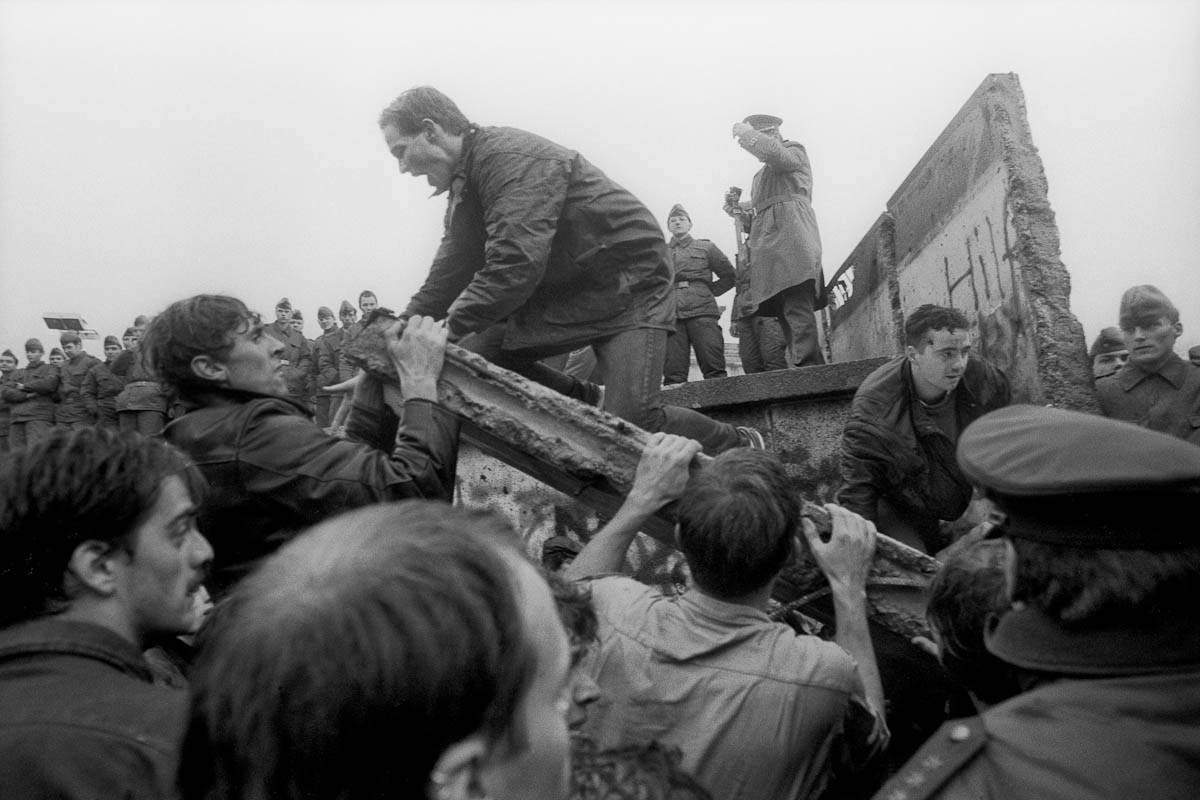 11 So then, remember that at one time you Gentiles by birth, called “the uncircumcision” by those who are called “the circumcision”—a physical circumcision made in the flesh by human hands— 12 remember that you were at that time without Christ, being aliens from the commonwealth of Israel, and strangers to the covenants of promise, having no hope and without God in the world. 13 But now in Christ Jesus you who once were far off have been brought near by the blood of Christ. 14 For he is our peace; in his flesh he has made both groups into one and has broken down the dividing wall, that is, the hostility between us. 15 He has abolished the law with its commandments and ordinances, that he might create in himself one new humanity in place of the two, thus making peace, 16 and might reconcile both groups to God in one body through the cross, thus putting to death that hostility through it. 17 So he came and proclaimed peace to you who were far off and peace to those who were near; 18 for through him both of us have access in one Spirit to the Father. 19 So then you are no longer strangers and aliens, but you are citizens with the saints and also members of the household of God, 20 built upon the foundation of the apostles and prophets, with Christ Jesus himself as the cornerstone. 21 In him the whole structure is joined together and grows into a holy temple in the Lord; 22 in whom you also are built together spiritually into a dwelling place for God.

It’s been decades now since Ronald Reagan stood at the wall in West Berlin and declared: “Mr. Gorbachev, tear down this wall.” Well, Mr. Gorbachev didn’t actually tear down the wall, but in 1989, while the world watched (I watched) residents of East and West Berlin mounted the wall and began to tear it down, uniting the divided city. Before too long, the wall of separation that divided East and West Germany came down as well, allowing the two parts of the country to come back together. It was an amazing sight that for a moment gave the illusion that a new age in world history had begun. Unfortunately, many dividing walls remain in place across the globe, including in many of our communities. There is a wall running through Palestine dividing Israel from the Palestinian territories. There is the wall that runs across the southern border of the United States that has become a focus of attention in the United States. These are literal walls, but there are other walls that are spiritual/cultural/ethic that continue to divide persons and communities from one another.

The lectionary takes us back to the Ephesian letter for the Eighth Sunday after Pentecost. In this letter, the author, whom we will again refer to as Paul even though the authorship of the letter remains contested, speaks to a concern present in the early church. That concern is the ongoing tension existing between Jewish and Gentile believers. If, as many scholars believe, this letter was written in Paul’s name after his death, we are reading a letter written as  Gentiles had begun to be the dominant group within the church. It would appear that the wall of separation that we witness in the Galatian letter was still present within the church. The letter is, it would appear, written to Gentile believers because Paul reminds them that once they were strangers and aliens (xenoi) and therefore far off from God’s people. That is, they are part of the household of God that is built on the foundation of the apostles and prophets, with Christ as the cornerstone. Therefore, while the Gentiles were once a people without hope because they were without God, now they are no longer Gentiles but they have become citizens in the Israel of God. Now that they have embraced the message of Jesus there is no distinction between Jew and Gentile for all make up the one people of God in Christ.  Therefore, now Jew and Gentile were one people in Christ.

In fact, in Christ, God has created a new humanity, reconciling both Jew and Gentile to God through the cross, “putting to death that hostility through it” so that there might be peace (vss. 15-16). That dividing wall has been broken down, just like the Berlin Wall. In the process of doing this, we’re told that Christ has abolished the law, with its commandments and ordinances. Most likely, the author has in mind the ordinance of circumcision not God’s moral commands, like the commandment against murder. What is abolished is the requirement to fulfill certain observances that had once divided Jew and Gentile from each other and had created hostility between the two. Note that in verse 11, Paul acknowledges that the Gentiles had once been known as the “uncircumcised” by the “circumcised.” Thus, for the citizens of God’s realm, circumcision had been the marker, the documentation, of their citizenship (at least for males). The hostility that had existed between those inside the household of God and those outside based on circumcision as proper documentation of citizenship would have to go if the church was going to move forward with both Jewish and Gentile members.

The dividing wall was demolished through the cross. Sammy Alfaro puts it this way:

In the one act of the cross, those who were far off and those who were near were reconciled unto God. No special shortcut treatment for the chosen nation and no back-of-the-line stiff-arm status for Gentiles. Hearkening to the Trinitarian blessings of God in the first chapter of the letter, access to God takes on Trinitarian form: the Son provides the means and the Spirit the avenue for reconciliation with the Father (v. 18) [Connections, p. 172].

To be in Christ is to become part of the Temple of God, the place where God meets God’s people. The means of access to God has been opened up to all through Christ. While there was, in the Jerusalem Temple, a “Court of the Gentiles,” access to the Holy of Holies had been denied to them. Now, even that was open to Gentiles through Christ, who is the fulfillment of the Law.

So, what do we make of this word to the church? Do any walls of hostility still exist within the church? By church, I don’t simply mean local congregations or even denominations, I mean the church at large. The answer, of course, is yes, walls still exist. Some are doctrinal, others are ethnic. Some churches fully welcome LGBTQ persons, affirming their personhood so that there are no barriers to their participation. They are, in Christ, fully citizens of the realm. There are other churches that either won’t allow LGBTQ folk in the church or at the very least limit how they are present (“don’t ask, don’t tell”). Some churches ordain women and churches that don’t allow women to speak in the church (at least not when men are present). I think you get the picture. We may say we are one in Christ, but we remain divided. Thus, this word to the church given centuries before must continually be revisited. What walls must come down today? How is the Spirit at work breaking down these walls?

For more on this passage see my book: Ephesians: A Participatory Study Guide, Energion Publications, p. 23-33].