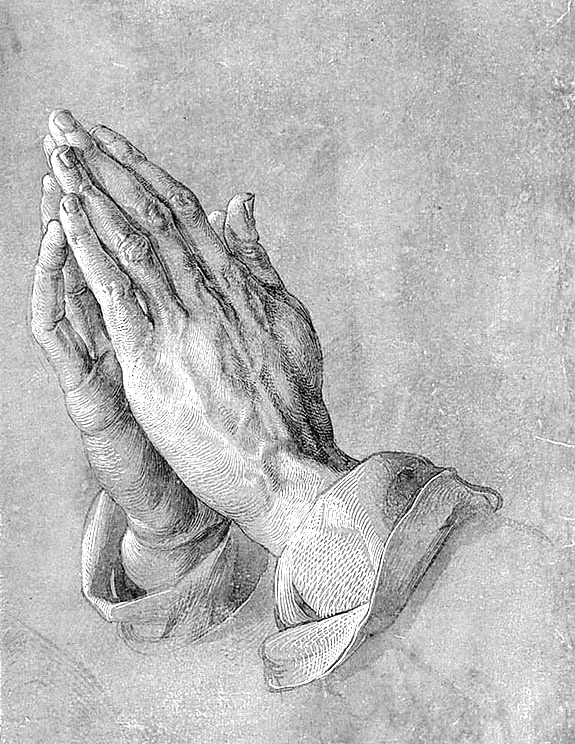 13 Are any among you suffering? They should pray. Are any cheerful? They should sing songs of praise. 14 Are any among you sick? They should call for the elders of the church and have them pray over them, anointing them with oil in the name of the Lord. 15 The prayer of faith will save the sick, and the Lord will raise them up; and anyone who has committed sins will be forgiven. 16 Therefore confess your sins to one another, and pray for one another, so that you may be healed. The prayer of the righteous is powerful and effective. 17 Elijah was a human being like us, and he prayed fervently that it might not rain, and for three years and six months it did not rain on the earth. 18 Then he prayed again, and the heaven gave rain and the earth yielded its harvest.

19 My brothers and sisters, if anyone among you wanders from the truth and is brought back by another, 20 you should know that whoever brings back a sinner from wandering will save the sinner’s soul from death and will cover a multitude of sins.

James invites us to consider the power of prayer. Everything we’ve explored to this point, this word of wisdom, according to James is rooted in a relationship with God. The people of God, the church of Jesus Christ, can and should do good things in the world, but that work should be rooted in worship and prayer. James does say that faith without works is dead, but here we learn that the work we do is rooted not in our own strength, but our relationship with God. That is, the work we do is in partnership with God (but not without God). Thus, the church is not just another social service agency or advocacy group. It is a community deeply rooted in the presence of God who is love.

In a series of questions, James invites the readers to consider various forms of prayer. Prayer is a form of speech, but in contrast to the negative forms that James spoke of in chapter 3, this is a positive form. This word about prayer comes immediately after James’ prohibition against swearing in verse 12. In that word from James, we’re told not to “swear either by heaven or by earth or by any oath, but let your “Yes” be yes and your “No” be no, so that you may not fall under condemnation.” It is good to remember that James doesn’t have cussing in mind, but things like oaths of allegiance. Consider how this verse pairs with our practice of swearing on the Bible in court or to take an oath of office. What James says here is close to what Jesus said in the Sermon on the Mount (Matt. 5:33-37). With this word in mind, in verse 13 James picks up the question of prayer. As Marsha Moore-Keish points out, “unlike the destructive power of speech to harm others and betray God, prayer offers an example of positive and powerfully upbuilding power of speech.” [James: Belief, p. 187].

Beginning in verse 13, James picks up the question of prayer, asking first if any are suffering. If they are, then they should pray. I need to add a caveat here because in recent years we’ve heard politicians and others address all manner of suffering with the offer of “thoughts and prayers.” By this, they simply mean, we’re not going to do anything, so you’re on your own. Hopefully, God will take care of what we are not going to take care of. That may be true in the public sphere, but for us who are believers and followers of Jesus, the first step is prayer. Prayer starts with the one who suffers, as one places one’s trust in God. If, as is possible, this suffering is the result of oppression on the part of the rich, then the prayer must be accompanied by an appropriate response by the followers of Jesus. One of those responses, will be the prayer for endurance and perhaps the expectation that the oppressors will face judgment (Jms. 5:1-6). Now, James, understanding the situation, advises patience until the coming of the Lord to set things right (Jms. 5:7-11). But, as we’ve learned from James that prayer for endurance will be accompanied by some form of action since faith without works is dead (Jms.2:14).

James asks a second question: “Are any cheerful?” If so, they should sing songs of praise. When good things happen in our midst, it is appropriate for us to celebrate those good things. The Psalms are filled with calls to share words of praise and thanksgiving to God. Worship stands at the heart of our life together. But, as we know from James and the Psalms, worship is not just for happy moments. Worship is the foundation for the life of the community. It is worship that enables us to endure in hope.

James asks a third question: “Are any among you sick?” Interestingly, in this case, the call is not to personal prayer, but a call to the Elders, to the leaders of the congregation, to come and pray. These leaders are to pray and to anoint with oil in the name of the Lord. With this action comes a promise, “the prayer of faith will save the sick, and the Lord will raise them up; and anyone who has committed sins will be forgiven.” We’ll leave the question of sins, forgiveness, and confession, for a moment so we can focus on the call to the Elders.  The prayers spoken of here are intercessory. The faith that is required here is not that of the one being prayed for, but the faith of the Elders who are praying. While we often think of healing in terms of curing, that is not always the case. In fact, as Osvaldo Vena writes, “healing in this context means social restoration and not so much individual well-being. The elders, figures of authority in the community, rather than doctors (see Mark 5:26), are called to enact the healing” [Connections, p. 345]. As for the anointing with oil, it is often assumed that this is understood to be medicinal, but that is unlikely here. Remember, if the point here is social restoration, it is a sign of blessing. Now, the Gospels do record that Jesus healed persons, even raising some from the dead, as did his disciples, so might a cure be in order here? Perhaps, but healing is the broader category and might be meant here.

James writes that the prayer of faith will save the sick. That word “save” could have a double meaning here. It could refer to the restoration of a relationship to God and healing of the body. This is where the question of forgiveness of sins comes into play. James writes that the prayer of faith will lead to the forgiveness of sins. That is, James encourages the readers to confess their sins to one another and pray for one another. This is interesting, in that it suggests the restoration of intra-congregational restoration. By praying for one another they might be healed.

Having spoken of three forms of prayer, James writes that the “prayer of the righteous is powerful and effective,” and as an example, he points to Elijah. James reminds us that Elijah is not a superhero or a demi-god. He was a human being, just like us, and yet when he “prayed fervently that it might not rain,” it didn’t rain. In fact, it didn’t rain for three and a half years. Then, when Elijah prayed for rain, the rain fell (if only that worked in the American West as it deals with horrific drought). Is not the message here “you can do this too”? This is a powerful word, but a dangerous one as well. This is a theme present in the “Prosperity Gospel.” There is power in prayer, but perhaps not the
kind of power some have read into this message.

Having spoken here of prayer, James closes with a call to restore members of the community who have wandered from the truth. This is a fitting close to a “letter” that focuses on “pure and undefiled religion” (Jms. 1:27). James has written this letter to guide the community back to the right path so that their religion is reflective of God’s wisdom. The good news for those who work to restore sinners who have taken the wrong path is that they will have helped save the sinner from death (spiritual?) and then cover a multitude of sins. James reminds us that the path of faith is not an individual journey, but rather is a communal one. In seeking out those who wander and restoring them to the flock, we do so in partnership with God who is always seeking us out. So, as we go on this journey together, lifting each up in prayer, we participate in the work of God in the world. In this, we join together in a form of religion that is pure and undefiled before God. Or, as Marsha Moore-Keish writes, quoting from Dale Allison’s commentary on James, “James seeks to empower his brothers and sisters to see out the wanders and bring them home. They (and we) are the main actors. ‘God is not named, and there is not even a divine passive here. So James concludes characteristically by emphasizing the importance of human beings doing what is right.’ God, the giver of all good gifts has ‘given us birth by the word of truth’ (1:18); now we are to bear fruit through rescuing, saving, forgiving” [James, p. 203]

The message James has delivered here is an important one. He has been speaking throughout the “letter” about broken relationships. That is the message here as  well. It might involve interpersonal ones. It could even involve the relationship of mind and body. It certainly involves the divine-human relationship. Whatever it is, James offers us a path to healing that brokenness through prayer and worship. This is the foundation for all that we do as the people of God. So, let us pray for ourselves and one another, that we might know wholeness in Christ.

Image Attribution: Dürer, Albrecht, 1471-1528. Praying Hands, or Study of the Hands of an Apostle, from Art in the Christian Tradition, a project of the Vanderbilt Divinity Library, Nashville, TN. https://diglib.library.vanderbilt.edu/act-imagelink.pl?RC=57523 [retrieved September 19, 2021]. Original source: https://commons.wikimedia.org/wiki/File:Praying_Hands_-_Albrecht_Durer.png.