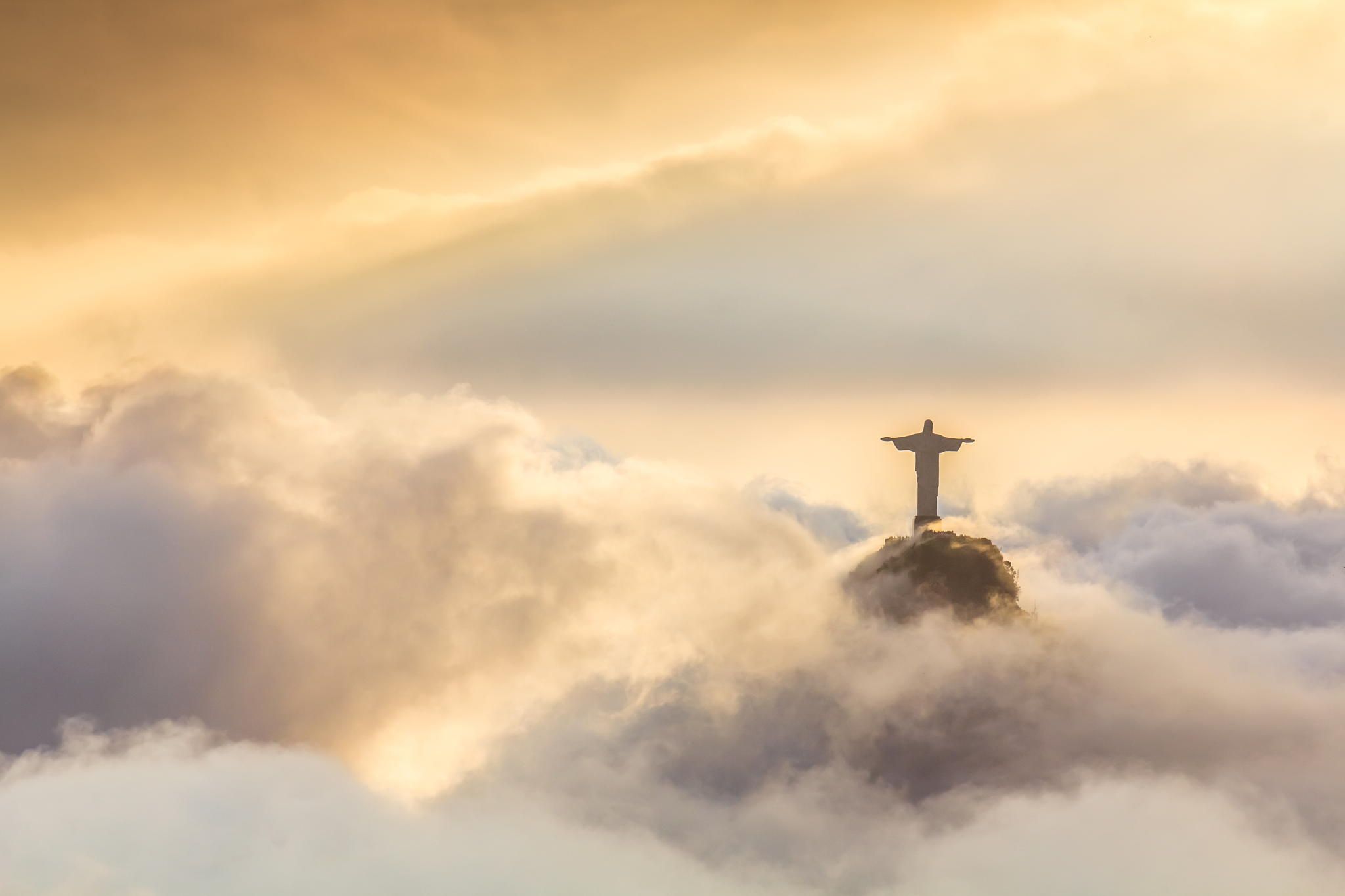 1 The revelation of Jesus Christ, which God gave him to show his servants what must soon take place; he made it known by sending his angel to his servant John, 2 who testified to the word of God and to the testimony of Jesus Christ, even to all that he saw.

3 Blessed is the one who reads aloud the words of the prophecy, and blessed are those who hear and who keep what is written in it; for the time is near.

4 John to the seven churches that are in Asia:

Grace to you and peace from him who is and who was and who is to come, and from the seven spirits who are before his throne, 5 and from Jesus Christ, the faithful witness, the firstborn of the dead, and the ruler of the kings of the earth.

To him who loves us and freed us from our sins by his blood, 6 and made us to be a kingdom, priests serving his God and Father, to him be glory and dominion forever and ever. Amen.

7 Look! He is coming with the clouds;
every eye will see him,
even those who pierced him;
and on his account all the tribes of the earth will
wail.

8 “I am the Alpha and the Omega,” says the Lord God, who is and who was and who is to come, the Almighty.

Advent is on the horizon. You can feel it in the air (well you can see the growing presence of the holiday season making itself known), but we’re not quite there. While the four Sundays of Advent are usually understood to be a time of preparation before the coming of Christmas (the first advent) the season not only looks backward it also looks forward into the future. While we prepare to celebrate that moment in the first century when, according to the Gospel of John, the Word of God became flesh and dwelt among us (John 1:14), that is not the end of the story. The season of Advent looks forward to the moment celebrated on the final Sunday of the Christian/Liturgical Year—Reign of Christ/Christ the King Sunday—when Jesus is said to return, and the realm of God will come in its fullness. Christ may already be reigning, but that reign has not reached its culmination as envisioned in the Book of Revelation. So, we gather on the final Sunday of the Christian year to celebrate the promise that God is the Alpha and Omega, the one “who is and who was and who is to come.” We might not know when and how that day will come, but the promise is there.

The Gospel reading for the day comes from John 18. In this passage, we hear Jesus’ response to Pilate’s question about whether Jesus is the king of the Jews. In this exchange, Jesus tells Pilate that his “kingdom is not from this world.” If it was, Jesus tells Pilate that his followers would be fighting to keep him from being handed over (John 18:33-38). He doesn’t deny his calling, but he redefines it. If you’ve read the Frank Herbert novel Dune, the first half of which has been recently set to film, you will see something like what Jesus denied being. Whatever his kingdom looks like, it doesn’t come into existence through the force of arms.

This reflection takes up the reading from the first chapter of Revelation. While there is a strong apocalyptic thread running throughout the New Testament, the Book of Revelation offers the most explicit apocalyptic vision in the New Testament. The book’s very name conveys that premise since “revelation” is the English translation of the Greek apocalypsis. In essence, an apocalypse is simply an unveiling, thus it need not be understood as a word of doom and catastrophe. That’s the meaning we’ve attached to it. Nevertheless, because of its use of metaphor and myth, Revelation is a book that presents difficulties to us as we attempt to interpret it in our day. In fact, that has been truefrom almost the very beginning, which has led to a wide variety of interpretations. Some of these interpretations have taken on a life of their own and as a result, the apocalyptic genre has been deemed too hot to handle. Thus, it seems as if preachers either indulge this literature or avoid it altogether. Since the New Testament is thoroughly apocalyptic, the typical way of engaging the apocalyptic elements is to demythologize them. Unfortunately, in my mind, that takes much of the power away from the text. We might need to demythologize the text at points, but we need to be careful as to how we do it. After all, Ernst Käsemann famously declared that “apocalyptic was the mother of all Christian theology.” That is because it is the apocalyptic dimension of the story that holds the key to the proclamation of the realm of God. Or, more specifically, as Käsemann states, “apocalyptic, Christianly understood, is a theology of liberation and salvation, not of anxiety” [On Being a Disciple of the Crucified Nazarene, p. 5]. If we can understand apocalyptic theology in such a way that the focus is not on doom but liberation and salvation, perhaps we can better appreciate the message of the Book of Revelation.

So, we come to the reading from Revelation 1 designated by the creators of the Revised Common Lectionary for Reign of Christ Sunday. It’s not often that the lectionary invites us to hear a word from Revelation, and the word we hear this morning is the introductory statement before John the Revelator addresses each of the seven churches of Asia (Rev. 1:4b-8). I decided to include in the reading above the prior verses to give context to the reading. The word that John the Revelator writes to these churches comes from the one “who is and who was and who is to come, and from the seven spirits who are before his throne, 5 and from Jesus Christ, the faithful witness, the firstborn of the dead, and the ruler of the kings of the earth.” It is meant as a word of “grace to you and peace.” Yes, the word to come is one of grace and peace. It is intended to be a word of encouragement to churches feeling pressure to conform to the ways of the Roman Empire, including the worship of the empire’s gods.

We start with the identification of God as the one “who is and who was and who is to come.” This tri-part declaration is a common identifier of divine beings. Something similar was applied to Zeus, for instance. However, what John does is speak of God coming. Thus, as Brian Blount writes: “John hijacks the formulation for God. He then adds a direct provocation. His God was also coming to bring the reality of supernatural rule to the natural realm.” In the reference to God as the Alpha and Omega, “John claims that God transcends human history and therefore controls it. Rome had already staked that claim by conquering Asia Minor and the people of God who lived in it. It is at just the point of this theological difference of opinion that religious confrontation escalates into political combat. When John records God’s second self-reference at v. 8, he uses the very language Moses used to describe the liberator God in the Exod3:14 account: Egō Eimi (I AM).” [Blount, Revelation (2009): A Commentary (The New Testament Library) (p. 34). Kindle Edition].

This declaration that God is in control can give the reader a sense of assurance when the world seems to be out of control. It does pose a problem for those of us who envision an open future that requires our participation, especially if we assume that God is powerful but is limited in some way either in essence or due to decisions to give us freedom. That offer of freedom of course is more amenable when things are going well and perhaps less hopeful when you need help. For early Christians facing a hostile empire, they needed outside help if they were going to survive. So, it’s no wonder that Revelation takes on a more deterministic posture.

As we ponder how God is defined here, as the Alpha and Omega and the one “who is and who was and who is to come, the Almighty” (vs. 8), we’re told that God is not acting alone. There are also the Seven Spirits, which represent God’s expansive power. A close reading of the Revelation of John reveals the regular presence of the number seven is important. As this passage sets the foundation for the words given to the seven churches, it is important to note that each church has its own angel. The reference to Seven Spirits could also have in mind the Holy Spirit through whom God will work in the world of these churches.

Here is the word for us. John gives praise to the who loves us and frees us by his blood. Not only that but Jesus makes us a kingdom of priests. In other words, Jesus is the one who rules the kingdom of God, and we act as priests who serve God the Father to whom is given glory and dominion forever. With that doxology, we hear the proclamation that Jesus will come with the clouds so that every eye will see him.  Not only will every eye see him, but this is especially true of those who pierced him—those who nailed him to the cross will see him. While the first advent may have come in the form of a baby born in a humble abode in a small village, the second advent will be visible to all. As a result, all the tribes of the earth will wail.  This is, of course, traditional apocalyptic language in that it promises a day of judgment, especially the vision provided in Daniel 7.

As I watched in the night visions,

I saw one like a human being [Son
of Man]
coming with the clouds of heaven.
And he came to the Ancient One
and was presented before him. (Daniel 7:13)

In other words, when Jesus returns in the clouds, as the Son of Man, the earth will turn and repent of its sins. As Ron Allen writes, this vision offers us the foundation for hearing “the rest of the Book of Revelation. To those in the Johannine congregations who are faithfully witnessing to the presence and coming of the Realm of God, the book is a word of pastoral comfort” [Allen, I Will Tell You the Mystery, p. 8]. So, as faithful witnesses to the gospel, they offer the opportunity to others to repent and receive this act of grace of God. So, are you ready for Jesus to come back in the clouds?

This is the word that comes to John from the Alpha and Omega, the one who is, who was, and who is to come! There is good news. Despite what it may seem like at the moment, Caesar will not win. That is because God has this covered. So let us give praise to God because Jesus is setting up the realm of God.