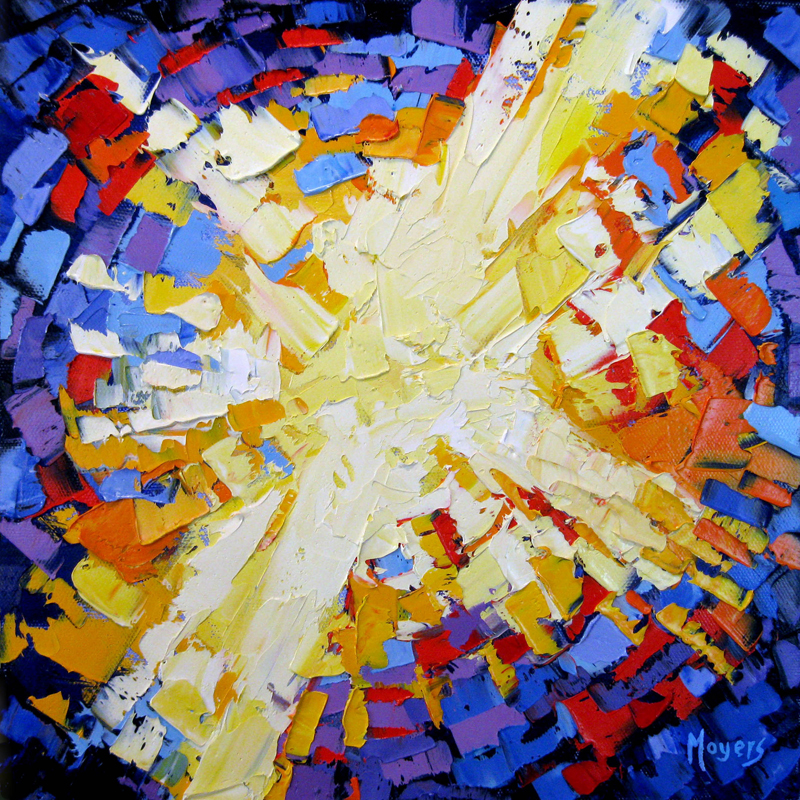 9 How can we thank God enough for you in return for all the joy that we feel before our God because of you? 10 Night and day we pray most earnestly that we may see you face to face and restore whatever is lacking in your faith.

11 Now may our God and Father himself and our Lord Jesus direct our way to you. 12 And may the Lord make you increase and abound in love for one another and for all, just as we abound in love for you. 13 And may he so strengthen your hearts in holiness that you may be blameless before our God and Father at the coming of our Lord Jesus with all his saints.

One of the messages we hear during Advent is “be ready” or “be prepared” or “stay alert.” This isn’t the time to slack off. It’s not because December is a busy month filled with parties and shopping and traveling.  So, as we begin a new church year, while the Gospel reading from Luke 21:25-36 offers an apocalyptic call to be on the alert because the Son of Man might appear in the clouds at any moment, the reading from Paul’s first letter to the Thessalonians seems to be quite different in tone. Although Paul does plan on returning to Thessalonica to help them prepare for when Jesus returns, he also seems rather joyous because of them. At least in this reading, things seem a bit calmer than what we find in the reading from Luke.

Scholars are agreed that this is most likely Paul’s earliest letter. It was probably written around 50 CE from Corinth. Paul likely wrote this letter shortly after he had departed from the city where he founded a congregation during the Second Missionary Journey, which took him to Macedonia and Achaea (Greece). According to the Book of Acts, when Paul arrived in Thessalonica, he found a synagogue and as was his custom went on the Sabbath to preach about Jesus. While some joined him as followers of Jesus, along with many Greeks, others in the Jewish community resisted. According to Luke’s account, this led to a scuffle in the marketplace, their host, Jason was accosted, and the city officials sent Paul and Silas on their way (Acts 17:1-10). Nevertheless, a church appears to have been planted, though Paul couldn’t stay very long with them, to instruct them more fully. Paul wrote this letter, after his assistant, Timothy, returned from Thessalonica with a positive report (1 Thess. 3:6-7). Despite what we read in Acts, Paul is remembered fondly in Thessalonica and hopes to return.

The city of Thessalonica was the capital of the Roman province of Macedonia. It was a port city on the Aegean and sat on a major east-west Roman road, which made it an important center of commerce in the region. As is true of most port cities, the population of the city was ethnically and religiously diverse. As an imperial capital, it shouldn’t surprise us that it was a center for the imperial cult. But, that was but one of the many options available to the people, options that ranged from Egyptian deities such as Isis to Greek ones such as Dionysius and Zeus. Thus, the Gentile/Greek adherents who turned to Christ from idols would have chosen from among many options.

Advent is often understood to be a season of solemnity and preparation. After all, we need to get ready not only to celebrate the coming of Emmanuel in the first century, but we also need to be ready to welcome Jesus when he returns in glory. Nevertheless, while Paul does mention here that he wants to “strengthen your hearts in holiness so you will be blameless before our God and Father at the coming of our Lord Jesus Christ with all his saints,” Paul also speaks of joy and love. In fact, the Thessalonian believers have given Paul joy because they have stood firm in their faith. So, even though we won’t be lighting the Joy candle quite yet (this week we light the candle of Hope), perhaps we needn’t feel guilty about singing a Christmas hymn or two (though in church we shouldn’t neglect the many great Advent hymns). So, we might decide to sing “Joy to the World” on this first Sunday of Advent along with “O Come, O Come, Emmanuel.” This is, after all, a new year for us as the church, so our time of waiting on Jesus to arrive need not be joyless.

This reading concludes the first major section of the Thessalonian letter. Paul has been speaking to his desire to return to Thessalonica, so he can see these beloved members of the community face to face so he can “restore whatever is lacking in your faith” (1 Thess. 3:10). This is a very pastoral note that many pastors can identify with as the COVID-19 pandemic continues to rage. For pastors who, during the early stages of the COVID-19 pandemic, before vaccines were readily available, could not visit members of the congregation in nursing homes and hospitals, or be with members in person, this will resonate. I know it does for me. Preaching to a camera may get the message out, but it’s not the same as seeing the people face to face (Zoom helps but it’s not the same either).

As for the apocalyptic element to the letter, it’s brief. Paul just wants to make sure they’re ready for when Jesus returns. Later in the letter, he will remind them that regarding the timing of Jesus’ return they know very well that “the day of the Lord will come like a thief in the night.” But they need not worry about that day because they have been forewarned and they are children of light and children of the day. In other words, they’re not sleeping—at least they shouldn’t be sleeping since they live in the day and not the night (1 Thess. 5:2-7).

So, while they stay alert to the impending return of Jesus, which Paul seems to believe will occur soon, Paul also speaks of their love for one another abounding, even as Paul, Silas, and Timothy abound in love for them. Yes, love is part of the story here. Paul is joyous because of these people, whom he loves. We might say that this love is rooted in God’s love for them. By this Paul likely is thinking in terms of the Christian life. To be a follower of Jesus is to be a person who loves, for as he writes in his letter to the Romans “Owe no one anything, except to love only another; for the one who loves another has fulfilled the law.” Indeed, all the commandments are summed up in the call to “Love your neighbor as yourself.” So, “Love does no wrong to a neighbor; therefore, love is the fulfilling of the law” (Rom. 13:8-10).  So, abound in love, even as Paul abounds in love for them. If we love one another, thus fulfilling the law of God, then we will be ready for the moment when Jesus returns. Therefore, we can begin the year as the church by lighting the candle of hope.